Five persons have been reported killed in a fresh clash between farmers and herders in Imeko-Afon Local Government Area of Ogun State.

Properties including four houses, maize bans, and other valuables were also burnt during the clash.

According to locals, trouble started on Wednesday when herders and some Ohori farmers engaged in a bloody clash at Idofa village, leading to loss of lives and properties worth millions of naira.

A community leader explained that the people of Aworo community in Yewa North Local Government had chased the herdsmen from their village to Idofa in Imeko, killing three of them and their cows. Residents of the village were reported to have fled the village on Friday, for fear of being killed in a possible reprisal attack by the herdsmen.

The farmers accused the herders of destroying their farms and water sources through open grazing of cows; a practice the Ogun State Government had banned when the State Governor Dapo Abiodun signed into law an anti-open grazing bill.

Police spokesperson in the state, Abimbola Oyeyemi who confirmed the incident said more men and officers of the command have been deployed to the area to maintain peace and order. Nobody has been arrested in connection with the incident.

Meanwhile, troops of the Nigerian military on Saturday neutralized three notorious terrorists who have been terrorising residents of Chikun Local Government Area of Kaduna state.

A statement by the Commissioner for Internal Security and Home Affairs, Samuel Aruwan said the bandits were neutralized during a gun duel with the military personnel who were on patrol along the Telele-Sabon Gida road in Chikun LGA.

According to the Commissioner, troops laid ambush at a suspected terrorist rallying point on the route and as expected the criminals approached the troops’ position and entered the killing range, after which they were vigorously engaged and overpowered by the troops, resulting in the death of three terrorists.

Aruwan also said that three AK47 rifles, magazines, two motorcycles and two mobile phones were recovered from the terrorists during the operation. 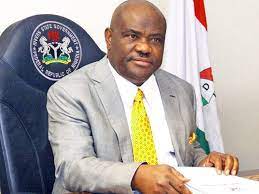