Details of the arrest were contained in a statement by the Zamfara State Police Commissioner, CP Ayuba Elkanah.

According to the Commissioner, on 12th December, one Ali Yakubu Aliyu reported at central police station Gusau, that his 9-year-old son, Ahmad Yakubu, was missing. And on

on the 28th of December, police detectives received an intelligence report on a corpse found in an uncompleted building at Barakallahu area of Gusau, with its two hands and legs tied with a rag and head covered with polythene bag.

He explained further that the corpse was indeed that of the missing child. Following which four suspects; Aminu Baba 57, Abdulshakur Mohammed 20, Abdullahi Buba 17 and Ahmad Tukur aged 14, were arrested on 4th January, 2022 in connection with the murder case, acting on an intelligence.

During interrogation, CP Elkanah said one of the suspects, Abdulshakur Moh’d confessed that this was the third time he was contracted by the first suspect Aminu Baba to source for human parts at the sum of five hundred thousand naira.

According to the police boss, the said Aminu Baba who has nineteen (19) children, has confessed to the crime and his revelations are assisting detectives in their investigations, leading to various arrests of other men belonging to his gang. Exhibits recovered among others included intestine, esophagus and two eyes. 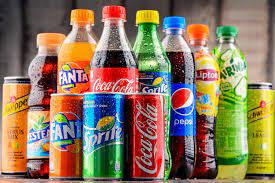