George said this during a chat with newsmen on Monday while reacting to Tinubu’s decision to inform the President, Muhammadu Buhari of his intention to contest.

The former Deputy National Chairman of the PDP said Tinubu would be shocked by how things will go and how he will be double-crossed by those he is trusting.

George said the South-West had quality leaders who could produce the next President of Nigeria. He, however, said Tinubu was not one of them.

He said it would be an insult for the South-West, which is the most sophisticated region in the country, to settle for Tinubu.

George also said it was unfortunate that a hallowed ground like the Presidential Villa would be the location for Tinubu to declare his ambition.

Tinubu, after his visit to the Presidential Villa on Monday, revealed that the visit offered him the opportunity to formally inform President Buhari of his Presidential ambition in 2023.

Ojelabi noted that the notification of interest was a welcome development and was also a thing Tinubu’s political family had been expecting for long.

He noted that Tinubu had paid his dues and no one was more qualified than him to take over leadership at the expiration of Buhari’s tenure in 2023.

According to him, the teeming followers of Tinubu and members of the ruling party across the length and breadth of the country and Diaspora are elated with the new development. 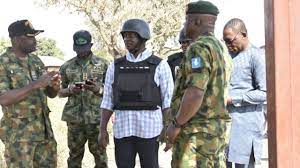 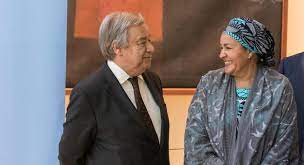