General Manager, Air Transport, Kaduna Regional Office of the NCAA, representing the Director General, Capt. Musa Nuhu, Mr Lulu Vongtau, Asistant said this at the opening of the League of Aviation and Airport Correspondents (LAAC) training at the Nigerian College of Aviation Technology (NCAT) on Monday in Zaria.

Nuhu said the agency was prepared for the impending audits on the heels of proactive measures and existing regime of robust regulations.

The DG, however, appealed to all stakeholders including the media to join hands in ensuring a successful audit next year.

In his remarks, Mr Segun Koiki, Chairman, LAAC, lauded the management of NCAA for organising the intensive training for aviation correspondents to broaden their knowledge and skills.

He said that more local airlines had received Air Operators’ Certificates (AOCs) from the NCAA, adding that the DG NCAA has said that over 10 AOCs are still being processed. 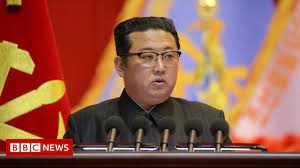