President Muhammadu Buhari has stated his readiness to sign the Electoral Act Amendment Bill after the National Assembly makes the necessary adjustments.

He, however, said such changes must include the addition of consensus candidates, indirect primary options to the mode of selecting a candidate for an election, as against the initial direct mode as the only option to conduct primaries by political parties.

The President made the disclosure in an exclusive interview with a national on Wednesday.

President Buhari explained that his refusal to assent to the bill was informed on the need to give people other options so they can make a choice, noting that you can’t dictate to people and say you are doing democracy.

Members of Olubadan-in-council endorse Lekan Balogun as next Olubadan of Ibadanland. 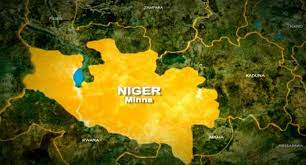