Former Governor of Imo State Rochas Okorocha has mocked the State Governor Hope Uzodimma for refusing to name sponsors of insecurity as promised.

Okorocha in a statement titled, ‘The Camp Hope Government In Imo, Has Become An Embarrassment,’ said the governor failed to name the sponsors “after much noise to that effect” before the stakeholders meeting held in the state on Tuesday.

Governor Uzodimma on Tuesday made a U-turn and failed to name the sponsors of attacks in the state contrary to a pledge he made.

Okorocha in reaction said the Uzodimma’s administration has made Imo State a laughing stock and has become a nightmare to itself.

The former governor, therefore, said he won’t pursue the press statement written earlier by Uzodimma’s Press Secretary which mentioned him and Uche Nwosu as sponsors of insecurity in the state. 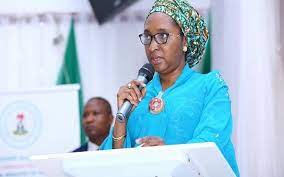