The Paramount Ruler of Gindiri in Mangu Local Government Area of Plateau State, Charles Mato Dakat, has been released by his abductors.

Sources in Operation Safe Haven who confirmed this revealed that the monarch regained freedom on Friday morning after spending five nights in captivity.

According to reports, the traditional ruler was abducted at his residence in the early hours of Sunday.

The assailants were said to have stormed his house amid heavy gunfire after Dakat and members of his family had retired from the Christmas celebrations.

The Police Public Relations Officer in Plateau, Gabriel Ubah, had also confirmed that personnel of Operation Safe Haven were swiftly mobilised to the area to rescue the abducted traditional ruler.

According to the military sources, the Commander of Operation Safe Haven, Major General Ibrahim Ali, placed the troops deployed at Gyanbus on red alert. 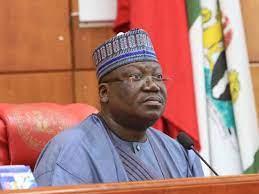 Public, Private schools below tertiary level in Lagos State are to resume for second term on Tuesday 4th January, 2021.