Retired soldiers under the group of Coalition of Concerned Veterans (CCV) on Monday took the streets of Kaduna to protest over non-payment of their pensions and other outstanding entitlements.

The Ex-Servicemen who were accompanied by wives of some deceased soldiers lamented that they have not been paid their pension for the past 24 months and security development allowance despite the fact that monies for their pension have been approved and released by President Muhammadu Buhari.

The retired soldiers also demanded that they be included in the ongoing war against terrorism and banditry, saying although most of them are retired, they can assist in tackling the insecurity that has bedeviled the nation.

The leader of the retired soldiers, Auwal Aliyu, and a widow whose husband died in the northeast while fighting Boko Haram said they deserve the payment of their pensions and other outstanding entitlements, having fought for the security and unity of the country.

Aliyu appealed to President Muhammadu Buhari’s intervention of directing the military authorities to pay their pensions without further delay.

One of the retired soldiers, RSM Rafiu Ajetumobi said they took to the streets after all avenues of peaceful reconciliation with the government were exhausted. 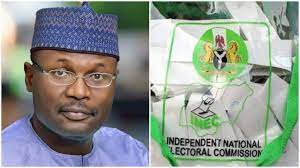 OAU VC sues for peace after attack on Management Staff.