Members of the Academic Staff Union of Universities (ASUU) have threatened to embark on another industrial action following a three-week ultimatum issued by the union last month.

They, however, called on well-meaning Nigerians to prevail on the Federal Government to honour the agreement reached with the union.

The lecturers made the call on Friday at separate briefings held in the northern and southern parts of the country where they said the government’s action has left them with no other option than to withdraw their services.

At the end of a meeting of the Ibadan Zone of ASUU held at the University of Ilorin, the zonal coordinator, Professor Oyebamiji Oyegoke, said the union has been pushed to the wall over the non-implementation of the Memorandum of Action (MoA) reached with the government in 2020.

A similar briefing was held by members of the Yola Zone of the union at the secretariat of the Nigeria Union of Journalists (NUJ) in the Adamawa State capital.

The zonal coordinator, Dr. Reuben Jonathan, also appealed to Nigerians to hold the government responsible should the union embark on another strike, stressing the need for traditional and religious leaders among others to intervene so as to avert a looming strike. 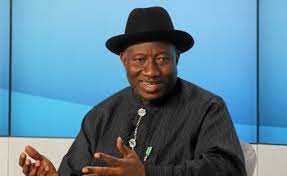