Oba of Benin receives legal documents of deed of transfer

The Oba of Benin Oba Ewuare II on Monday received the legal documents of the deed of transfer of the return of the bronze cockerel and the Oba bronze head recently handed over to Nigeria in the United Kingdom.

The legal documents were perfected at the palace of the Oba of Benin when signatories to the documents appended their signatures in the presence of the royal family, traditional rulers from different parts of Nigeria, as well as friends and well-wishers of the Benin monarch.

The Nigerian High Commissioner to the UK, Tunji Ishola, who also appended his signature, said he’s already in physical possession of the bronzes but according to English law, a deed of transfer was imperative.

The signed documents were eventually officially handed over to the Oba who insists that a Benin royal museum that will be accessible to all will be established to keep retuning looted artefacts.

Chairman, Culture and Heritage of the House of representatives, representing Oredo Federal Constituency Omoregie Ogbeide – Ihama reaffirms his support to the fight for the return of looted artefacts.

This comes as Oba Ewuare II marks the fifth anniversary of his coronation. 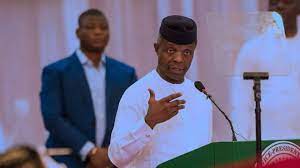 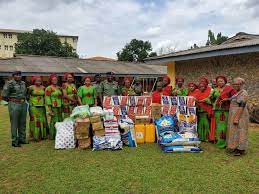