The Action by the Kaduna State Government to order a psychiatric examination of a mother who poured boiling water on her 8-year-old son for removing a bolt from her grinding engine and selling it off to a scrap buyer for 1,500 naira in Romi Area of Kaduna State caused a stir over such barbaric action of a mother to her child.

According to reports, the 8-year-old was rescued by men of the Nigerian Security and Civil Defense Corps and has since being receiving treatment at a government Hospital in Kaduna.

With the Boy’s mother in the police net, Kaduna state residents have been responding to the issue while speaking to Invicta News on Monday.

Parents, Fosters, and care givers were advised to always be in control of their emotions and also, the actions that should be taken.

The Human Rights Committee of the Nigeria Bar Association through Psychiatrists is still conducting Investigations to determine the exact state of the mother mentally. 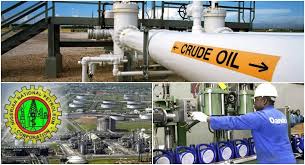