Joint Admissions and Matriculation Board says only Computer Based Centres prepared will be used for 2022 Unified Tertiary Matriculation Examination.

The Joint Admissions and Matriculation Board (JAMB) says only Computer Based Centres that were 100 per cent prepared will be used for its 2022 Unified Tertiary Matriculation Examination (UTME).

The board disclosed this in its Weekly Bulletin of the Office of the Registrar, made available to newsmen on Monday in Abuja.

JAMB said as part of its preparations for the 2022 UTME, it had concluded all arrangements to validate and accredit centres to be used for the exercise.

It further explained that the development followed the outcome of its virtual meetings with its Chief Technical Advisers, Zonal Directors, State Coordinators and Technical Officers for the accreditation of the Board’s examination centres.

The Registrar of the board, Prof. Is-haq Oloyede, was quoted as saying that the validation exercise is necessary to assess the conduct of the 2021 UTME and to look at those areas requiring improvement.

The board’s Director, Information Technology Services (ITS), Mr Fabian Okoro, was also quoted as saying that there would be six centres across the six geopolitical zones which would be used to test run the new-age technology JAMB was hoping to deploy. 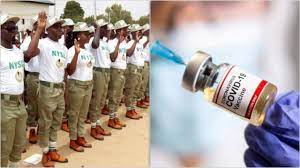