The Kaduna Police Command through the Divisional Police Officer Sabon Tasha Division and other agencies foiled an attack of a residential area, Sabo GRA in Chikun Local Government.

In a press release on Saturday, the Police Public Relations Officer on behalf of the Commissioner of Police, ASP Muhammed Jalige said the team acted on a distress call that some suspected armed bandits numbering about thirty (30) with some in military gears and bearing dangerous weapons, were making ferocious effort to commit heinous crime in the area.

The criminals been frustrated by the troops set the residence of its target on fire after failure to abduct the person and flee for their lives.

The PRO sadly said they discovered that the criminal elements operated simultaneously with one at oil village in the same Sabo Location where they kidnapped a woman and her four (4) children to an unknown destination.

Jalinge added that investigation into the two incidences has since commenced while effort is ongoing to facilitate safe rescue of the victims of the other sad incident.

The Command said despite the setback it will do everything possible to restore normalcy within the public space in line with the directive of the Inspector General of Police with a call on the public to promptly report suspicious situations and incidences as that will elicit a quick positive response from the Command. 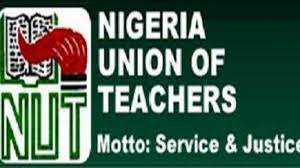