President Muhammadu Buhari has condemned the assassination of the Katsina State Commissioner of Science and Technology, Dr. Rabe Nasir.

President Buhari made the condemnation in a statement by his special media aide, Garba Shehu.

The President, who described the killing as heinous and condemnable, said the Federal Government would not accept such violence in the country.

It would be recalled that on Wednesday, gunmen shot and killed Dr Nasir in his residence at GRA along Daura Road in the Katsina State capital.

One suspect has been arrested in connection with the incident and the police have assured that investigations are ongoing to arrest those involved.

Chief Justice of Nigeria warns against harassment and embarrassment of Judicial officers.

Kaduna residents at sea over fallen standards of fallen Education. 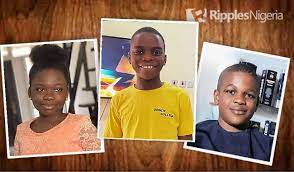