Minister of Interior says attacks on correctional facilities cannot force him to resign.

The Minister of Interior, Rauf Aregbesola says the incessant attacks on correctional facilities in the country cannot force him to resign.

He stated this while briefing State House correspondents at the end of the Federal Executive Council meeting chaired by President Muhammadu Buhari in Abuja.

According to him, the protracted security situation in the country and inadequate dispensation of justice are among the factors responsible for the vulnerability of prison officials in the face of attacks.

Aregbesola, however, gave an assurance that the Federal Government was making efforts to step up security around the correctional centers.

He noted that a number of prison officials died defending the custodial centers, and saluted their courage which he said was the highest form of honour for the country. 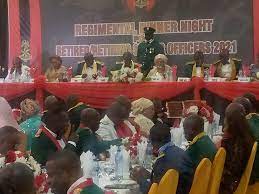