President Muhammadu Buhari has suspended the inauguration of the newly constituted Board of the Nigerian National Petroleum Company Limited (NNPC).

The Secretary to the Government of the Federation, Mr. Boss Mustapha, who announced this on Tuesday, said that the inauguration of the Board, initially scheduled to hold on Wednesday, was suspended indefinitely.

The suspension of the inauguration of the board came two months after the NNPC was incorporated in line with the directive of President Buhari.

It would be recalled that in a statement dated September 19, the President’s Special Adviser on Media and Publicity, Femi Adesina, said that the President had given the directive in his capacity as Minister of Petroleum Resources. 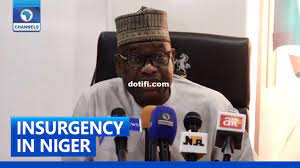