Olam farm has unveiled plans to increase its current production capacity of 120,000 to 240,000 metric tonnes by 2022 in a move to achieve self-sufficiency in rice production and fill the demand and supply gap.

Although the country is said to be the largest producer of paddy (unprocessed rice), not much is being off-taken by millers.

However, the Senior Vice President Olam Farm, Anil Nair, while hosting the Governor of Nasarawa state, Abdullahi Sule on the farm in Rukubi community, Doma Local Government Area of the state, said the ongoing expansion is expected to contribute 90,000 Metric Tonnes of milled rice to Nigeria’s domestic market.

Describing the farm as the largest off-taker of paddy rice from Nigerian farmers, he said they have impacted the livelihoods of more than 100,000 farmers directly and indirectly.

He also explained that the farm has reduced its expatriate engagement, to allow for in-house training arrangement whereby the local staff are trained and specialize in operating and maintaining of heavy-duty machinery.

Nair lamented that despite the huge contribution of the farm to the nation’s economy they are faced with poor road infrastructure and security challenges that are militating the sustainable growth of the company. 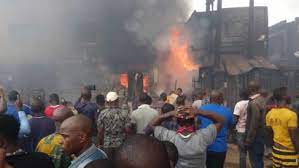