A Federal High Court in Abuja has fixed January 19, 2022, to hear the suit filed by the leader of the Islamic Movement of Nigeria, Shiek Ibraheem El-Zakzaky and his wife Zeenah, against the Department of State Services and the Attorney General of the Federation.

Justice Inyang Ekwo, fixed the date to allow the DSS and AGF, respond to allegations bordering on fundamental rights enforcement, leveled against them.

In separate suits, the IMN leader and his wife, are demanding general and exemplary damages over the respondent’s refusal to release their international passports.

They are also praying the court to grant an order, restraining the DSS and AGF, from further violation of their rights.

The couple are also demanding the sum of two billion naira each, for the alleged violation of their fundamental rights to freedom, fair hearing, despite being acquitted and discharged by a court on July 28. 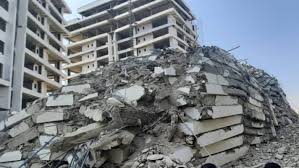