With few days to the Anambra governorship polls, a Public Affairs Analyst Chief Fidel Oyeleke has suggested to the electorates that the right choice for a peaceful election is to shun political hubris and manipulators orchestrating rebellion to unsettle the region.

The Media Consultant, while speaking as a guest on Invicta FM Political Programme Perspectives opined that a wise approach is for both the Federal Government and the aggrieved Indigenous People of Biafra (IPOB) to collectively embrace the democratic process, avail the environment for a free, fair and credible election.

He advised that a compromise be reached through a political solution for mutual benefit and recommends dialogue to be the only way out.

Some concerned citizens said they hope and pray for a free, fair and credible election which will go a long way to influence the 2023 general elections in the country.

The Anambra state gubernatorial election will hold on Saturday 6th of November 2021, with 18 candidates lobbying for the hearts and votes of Anambra people. 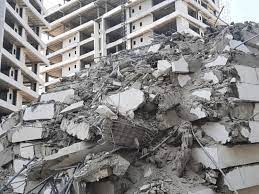