A PDP Chieftain, Dr. Usman Abdulrahman, has attributed its recent Victory at the rescheduled Zangon Kataf Local Government elections to the eternal vigilance of the people and not because the APC government body language.

He was speaking while commenting about the fall out of the event on Invicta’s flagship Programme Perspectives.

Abdurrahman alleged that the ruling APC did all it could to scuttle the will of the people but did not succeed.

The Public Affairs Analyst added that the penchant for inconsistency has never made him and members of the PDP take him serious.

Despite the victorious outing, the Party stakeholder wants more to be done on sensitization of the electorates.

He noted that if the process was really allowed to flow there would have been no reason for the party to be in court for justice over Makarfi, Kudan, Jabba and Kachia. 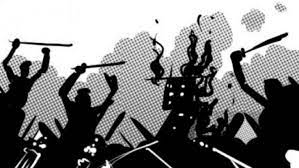