In a related development, the civil society groups in the South-east, under the umbrella of Coalition of Southeast Democracy and Human Rights Organisations (CSBDHROs) said the action of the separatist group was targeted at the Anambra election.

Addressing newsmen in Enugu at an International Press Conference, the organisations said disrupting the Anambra election would not be of any benefit to their struggle, rather, it would aid emergency rule, that would not be to the advantage of Anambra people.

Chairman Board of Trustees of International Society for Civil Liberties and the Rule of Law (Intersociety), Mr Emeka Umeagbalasi, who addressed journalists on behalf of other rights organisations, called on IPOB to rescind their decision, while also calling for the release of Nnamdi Kanu. 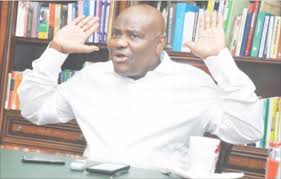