President Muhammadu Buhari  has suggested that author and playwright Ken Saro-Wiwa and the rest of the Ogoni 9 could receive a post-humous state pardon.

Buhari said this at an audience with some Ogoni leaders at the State House in Abuja while describing the events that led to the execution of the Ogoni sons as unfortunate.

Buhari also promised that his regime would help the Ogoni bring closure to past grievances, which will bring the indigenes closer to the federation.

Saro-Wiwa with eight others from Ogoni land protested against the operating practices of the Royal Dutch Shell oil company. However, they were executed by General Sani Abacha’s regime on trumped-up charges in 1995.

According to him, the Nigerian Petroleum Development Company Ltd (NPDC), a subsidiary of the Nigerian National Petroleum Corporation (NNPC), had been granted license to operate OML11, which will stimulate economic activities and integration in the zone. 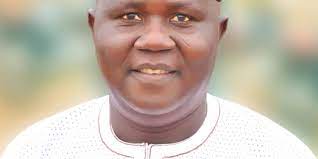