The Kaduna State lndependent Electoral Commission (KADSIECOM) has finally announced that election will take place in Birnin Gwari and Zangon-Kataf Local Government Areas of the state on Saturday 23rd Oct, 2021 after several postponements.

Chairman of the Commission, Dr. Saratu Binta Dikko-Audu who announced this said election would also be conducted in Sabon Sarki Ward and 9 Polling Units of Kachia Urban Ward respectively.

On his part, the State Secretary of PDP, Honourable Ibrahim Aliyu Wusono called on the electorate to conduct themselves peacefully for a hitch free election. However, other parties could not comment immediately.

The election for the two councils was postponed indefinitely by the commission on September 23rd, two days to the rescheduled election date, citing security reasons. 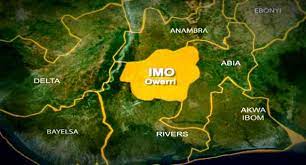