Members of the Civil Society Organisation in Kaduna State have expressed uneasiness over the 233-billion-naira budget proposal by the Kaduna State Governor Malam Nasir El – Rufai for the year 2022.

In his presentation, Gov. El-Rufai proposed the sum of over 146 billion naira as capital and 87.6 billion naira as recurrent expenditures, which represents 63 present and 37 percent of the budget size respectively.

Speaking to Invicta News the Head of Leadership, Governance and Advocacy of Civil Society in Kaduna Mr. Yusuf Goje, said the 2022 budget is being processed without the citizen knowing the contents to verify if their inputs were taken into consideration.

He further said the budget which is just a suggestion matters less as the of quality delivery for the value of the money is the key focus.

The chairman joint national association of persons with disability (JONAPWD) Kaduna chapter, Suleiman Abdul-Aziz said the budget would need some adjustment as there was no public hearing on it before it was presented to the State House of Assembly.

According to Governor El-Rufai, the allocations in the 2022 budget estimates reflect the political values and governance principles that have consistently guided the six previous budgets his administration has presented since 2015.

Like the previous budgets, he informed the lawmakers that the priorities of the bill were education, healthcare, and infrastructure he gave an assurance that his government would complete all ongoing projects before the end of his tenure. 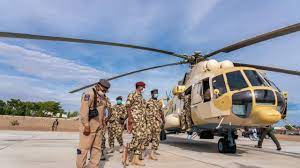