Winners of the seventh edition of the Maltina Teacher of the Year were unveiled at an event held in different zones of the country on Friday, with Kaduna hosting the Northern zone that saw twelve winners emerge from twelve states in the north.

Corporate Affairs Manager North, Nigerian Breweries, Kabir Kashim, in his opening remarks said the award was initiated by Nigerian Breweries and Felix Ohiwerei Education Trust Fund to support excellence and to promote education across the country.

The royal father of the day, His Royal Highness, The Emir of Zauzau, Alhaji Ahmed Nuhu Bamali represented by the Chiroma Zauzau, Alhaji Tijani Tijani commended Nigeria Breweries for the Initiative.

Some of the winners who spoke with Invicta FM expressed their feeling and appreciation. 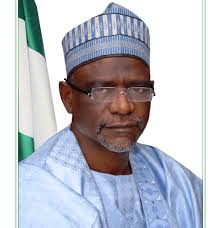