He polled 19,402 votes to defeat the ruling APC Candidate and the immediate past Chairman, Honourable Samaila Ja’afaru Leeman who got 14,829 votes.

Also, the PDP swept eight Councillorship seat positions, leaving the APC with four out of the 12 Wards.

On his part, the PDP Agent, Danjuma Musa who also expressed satisfaction with credibility of the process, called on the lndependent National Electoral Commission to adopt electronic voting system in the 2023 general election.

The Returning Officer for Kajuru Chairmanship election, Dr. Ibrahim Dan Maraya had on Sunday morning returned the PDP Candidate, Honourable lbrahim Gajere winner of the election, having beat the APC Candidate, Cafra AB Caino with 14,132 votes to his distant 8,795 votes. The PDP also swept 9 Councillorship seats, leaving the APC with only one seat.

Nigeria set to be key in search for permanent cure of Corona Virus disease. 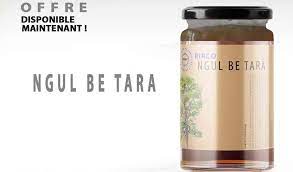