The Kaduna State Independent Electoral Commission, KADSIECOM as a matter of urgency had to appoint Emmanuel Dua as Ward /Returning Officer for Unguwan Yelwa Ward.

His appointment followed delay and withdrawal by Dr Emmanuel Kola, who was initially appointed.

Announcing the results of the polls, the Returning Officer, Emmanuel Dua, said APC’s Rahab Christopher, scored 586 votes Emmanuel Yahaya of APGA, got 223 votes while PDP’s Ishaku Duchi scored 2127 votes and Philemon Tudu of YPP polled 26 votes and declared PDP’s Ishaku Duchi as the winner of the election having satisfied the required number of votes.

The Winner of the Councillorship, Ishaku Duchi, appreciated the electorate for reposing confidence in him and pledged to be a worthy representative of the Ward.

Ungwan Yelwa ward is one among the wards in Chikun Local Government Area where elections was carried out on Saturday, 25th September, 2021. 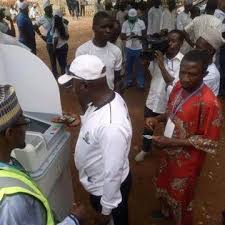 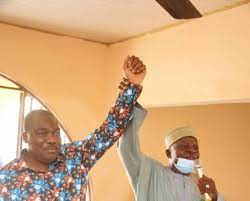