The Commander, Narcotics of the National Drug Law and Enforcement Agency, NDLEA, Kaduna Zonal OFFICE, Mrs. Josephine Jatau, disclosed this on Saturday at a seminar organized by the Catholic Media Practitioners Association of Nigeria, CAMPAN, Kaduna Chapter on War against drug abuse.

Delivering a talk on the effects of drug abuse on economy and National Security, Mrs. Jatau said due to the concern the world has on the drug abuse and the effects on the human health, the United Nations designated June 26th as world drug –free day.

She enumerated some of the adverse effects of drug abuse.

The NDLEA Commander of Narcotics equally outlined some of the drugs that constitute danger.

Mrs. Jatau said anyone caught abusing drugs, would face the full wrath of the law, except some of the drugs that are likely to reduce pain and are use in the hospitals under the control of the Federal Government. 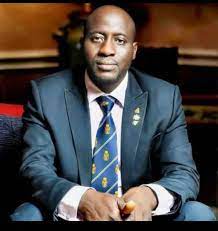