The President of the Nigerian Baptist Convention Rev. Israel Adelani Akanji says their prayers and belief in God were the primary reasons for the release of some of the abducted Students of Bethel Baptist High School, Kujama, Kaduna.

He said this at the School Premises while handing over 28 students who were released in the early hours of Sunday, who were found inside the Tsoho Gaya Forest to their Parents and loved Ones.

Akanji debunked the myriads of reports on the supposed ransom been penned around as been paid.

The Spiritual Head spoke on all the human means they employed to see that the kidnapped learners regain freedom.

He was not comfortable with the pace at which the Kaduna State Government had handled the situation, despite the reluctance to divulge the security tactics that would be employed.

The attack 21 days ago devastated the tightly-knit, religiously faithful community as parents hold daily hours-long prayers and vigils and call for President Muhammadu Buhari to help free the children 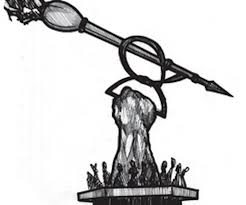