The National Emergency Management Agency (NEMA) on Sunday in Sokoto, flagged off “Operation Safe Eid-el-Kabir” to caution road users against reckless driving, especially those travelling for the festive celebration.

The Head, NEMA Operations Office, Sokoto, Aliyu Kafindangi, at the flagging off staged at Sokoto-Gusau Highway, lamented the increasing frequency of road accidents during festive periods and urged drivers to avoid over speeding and other things that will cause lost of lives.

Kafindangi, who was represented by the Head Search and Rescue Unit, NEMA Sokoto, Aminu Ambursa stated that the agency’s staff and other stakeholders will be on a routine check and patrol on major roads of Zamfara, Sokoto and Kebbi states during the exercise.

He however advised passengers should also be cognisance of the approach and driving ability of the person who takes control of the vehicle they are traveling in.

The exercise which is designed to curtail the escalating road traffic accident especially during the festive periods, is a collaborating effort with support from Federal Road Safety Corps (FRSC), Nigeria Red Cross Society and other critical stakeholders in disaster management. 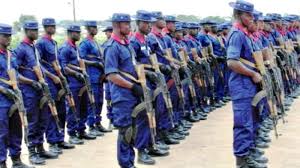