The President, Southern Kaduna Peoples Union, SOKAPU, Jonathan Asake, says the Union’s Women wing is important to the advancement of the cause of the People of the area.

Asake disclosed this, in Kaduna, during the official handing over and inauguration ceremony of new officials of the Women wing of SOKAPU.

According to him, the emergence of the new Excos came as a doctrine of necessity as the Union could not conduct an election.

The SOKAPU National President promised to be there for the Southern Kaduna People who have been affected by insecurity.

In her inaugural speech, the newly elected National Caretaker Coordinator, Mrs. Jemutu Katarma, called on the state government to come to the rescue of some Southern Kaduna women, who have been rendered homeless.

Mrs. Katarma further, said that residents of Kaduna can hardly sleep with their eyes closed for fear of being attacked by kidnappers. 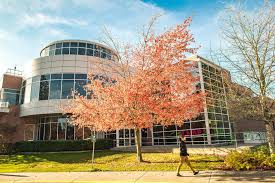