Ahmed el-Rufai said that Barrister Ankut has done well in laying a strong foundation of the commission.

Explaining the attributes of the system, Barrister Ankut said it is an empowering tool that would help in effective monitoring of the security situation in the state.

On his part, the Country Manager, Nigeria, United States Institute of Peace, Ambassador Zango Abdussamadu Abdu, said that CEWERS is a globally recognized tool in mitigating and addressing conflicts. 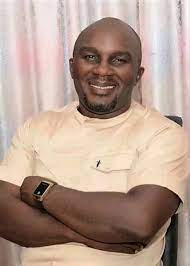