Osinbajo who was represented by the Chaplain of the Aso Vila Chapel, Pastor Seyi Malomo, stated this at a one-day Peace and Security Summit in Kaduna.

He despite the clouds of insecurity, peace will be restored.

Earlier Speaking on the rationale of the Summit, the Chairman, Christian Association of Nigeria, CAN, Kaduna State branch, Reverend John Joseph Hayab, said CAN, on behalf of the Church had been talking about insecurity in the Country.

He said the issue of security is not hinged on experts, adding that the common man on the street could have a clue on the best way forward.

The Peace and Security Summit which was at the instance of the Christian Association of Nigeria, CAN, Kaduna State branch, had as its theme Nigeria’s insecurity: The Church’s response in the 21st century. 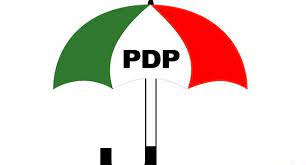