A group under the aegis of Network for Better Nigeria in collaboration with some Northern groups; Arewa Consultative Youth Movement, Arewa Youth Assembly and Chanchanta, have described the resolution of the Southern Governors Forum to ban open grazing in their region  as confrontational, divisive and capable of triggering crisis between herders and people of the region.

The umbrella group which made this known at a press conference in Kaduna through its Spokesperson, Mallam lsiaku Umar Abdulhameed, also expressed support for the position taken by the Minister of Justice and Attorney General of the Federation, Abubakar Malami (SAN) on the matter.

They called on Federal Government to collaborate with Northern State Governors for the introduction of a modernistic livestock development policy towards solving the Farmer – Herder crises.

The umbrella group then called on President Muhammadu Buhari to as a matter of urgency stem up effort towards addressing the increasing security challenges in the country. It also called on the National Assembly to ensure it makes the ongoing Constitutional Review an all-inclusive affair to meet Nigerian expectations.

The groups promised to rally round in support of Minister of Justice, Abubakar Malami on his stand towards a strict implementation of President Buhari’s anti-corruption agenda, adding that those planning his downfall would not succeed as he means well for the country. 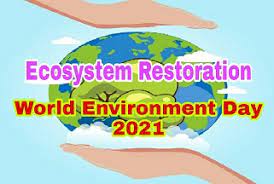 18 KASU staff to be dismissed over involvement in NLC warning strike.