18 KASU staff to be dismissed over involvement in NLC warning strike.

Kaduna State University has identified 16 Academic Staff and 2 Non – Academic Staff for dismissal after they participated in what it termed an illegal Strike organised by the Nigerian Labour congress and its affiliated organisations in Kaduna through Pictures on Social Media.

In a memo sent to the State Governor through the Commissioner, the Vice Chancellor, Prof. Muhammad Tanko, added that the names of the affected Staff have been forwarded to the office of the head of Service through duly completed exit variation forms for stoppage of salaries which took effect from 20th May, 2021.

Prof. Tanko noted that the administrative procedure was adopted based which states measures for disciplinary cases that has justified the dismissal for gross misconduct to include issuance of Query, replies from affected staff on the allegations, appearance of staff before a disciplinary committee, the VC approving and implementing the recommendations of the disciplinary committee of the Disciplinary Committee.

Other were Usman Sadiq Abubakar and Abdulrasheed from Biological and Political Sciences respectively, Daniel Gillian Lami and Abubakar Mustapha Jumare of the Library Department, Monday Emmanuel Dangana from Geography, as the two non – teaching staff were Nina Lami Ochigbo and Usman Balarabe Kubau from the Registry and Bursary.

The document adds that it was the Governor to be informed and also direct the Accountant – General to henceforth stop the deductions of union check – off dues of the Academic Staff Union of Universities (ASUU) of the Kaduna State University (KASU). 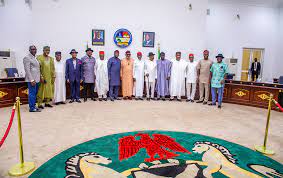