Kaduna State lndependent Electoral Commission, KAD-SIECOM has postponed the conduct of Local Government election earlier scheduled for June 5th, due to non-readiness of sensitive materials, which included batteries of the Electronic Voting Machine (EVM), still awaiting delivery from the manufacturers in China.

The Acting Chairman of the Commission, Ibrahim Sambo who revealed this Friday at a press briefing with political parties and other stakeholders, said shipment date of the EVM battery, from China to Abuja, is scheduled for between 1st- 10th July, 2021.

Explaining further, Sambo said charging of the batteries with fixing and sorting of other relevant accessories will take 14 days – from 17th July to 2nd August, 2021, while it will take two days for the distribution of sensitive election materials before the commission propose a possible election date.

Reacting to the sudden indefinite suspension of the election, State Secretary of the main position PDP, Ibrahim Aliyu Wusono accused the commission for doing it deliberately in favor of the ruling APC, which he said appeared not ready for the election, having failed to complied with the election time table.

However, speaking to lnvicta News, State Acting Secretary of APC, Yahaya Pate, said the party was ready for the election any time, calling on the electorate and party supporters to be patient and wait for the new date.

With the second postponement of the election, and the current elected Local Government officials’ tenure due to end next month June, it is not yet clear whether the government will appoint Caretaker Committee again or assign civil servant to man the affairs of the councils. 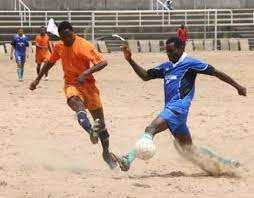