The APC Primary Election for Chikun Local Government Area could not hold on Saturday as scheduled, neither did go on Sunday due in ability of electoral officials to make available complete election materials.

Invicta FM News gathered at the party secretariat in Television, that only photocopies of results sheets accompanied the election materials, consequently, supporters of some aspirants smelled a foul play and forcefully stopped the distribution of the materials.

And to avoid any fracas, security officials drafted to monitor the election, moved the election materials at 5:45 pm to Operation Yaki office for safe keep.

Though, no official notice on when the election will be conducted, but Invicta News gathered that it is most likely to take place today Monday 10th May, which is the closing date the State lndependent Electoral Commission, KAD-SIECOM, gave all parties to conclude their primary election.

The primary election could not take place in most of the Local Government Areas on Saturday, until Sunday, due to non availability of election materials.

Invicta News will keep you updated on Local Government election activities as they unfolds, till the June 5th election date. 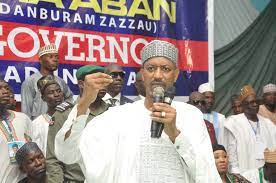